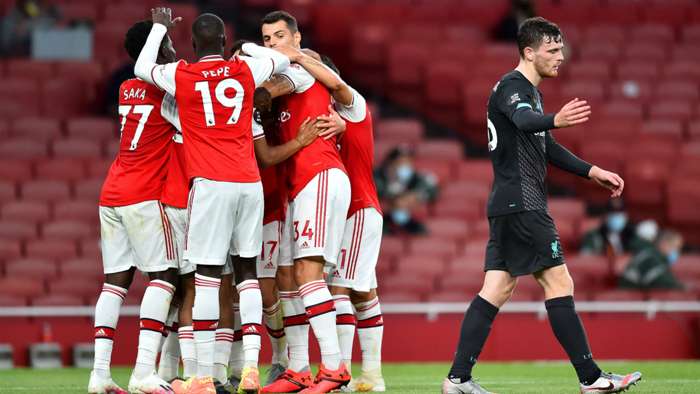 Liverpool’s hopes of breaking Manchester City’s record Premier League points haul from 2017/18 went up in smoke as they were beaten 2-1 at Arsenal at the Emirates Stadium.

Jurgen Klopp’s men only have themselves to blame though with tonight’s defeat all their own doing as they tried to play out from the back under Mikel Arteta’s high press.

Liverpool opened the scoring when Andy Robertson raced down the left flank and cut the ball back to Sadio Mane, who buried the ball past Emiliano Martinez.

The Reds then gifted the Gunners the chance to go ahead as they punished two separate out of character mistakes from Virgil van Dijk and Alisson.

The champions will take some comfort in the fact they will be lifting the Premier League trophy this time next week when they face Chelsea at Anfield.